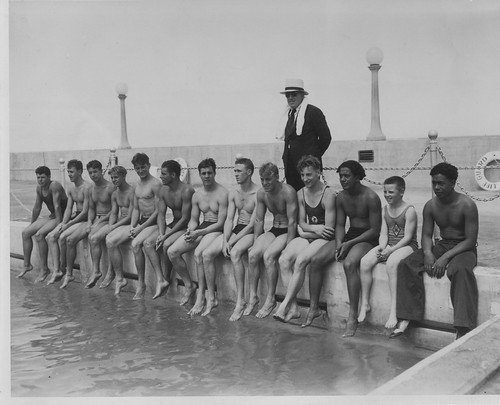 National, Olympic, and International record-breaking swimmers and teams have trained and competed at the Waikiki Natatorium War Memorial.

This is an early picture of the American Swimming Team at the Natatorium. They went on to dominate in competition.

My Grandfather was a member of the U.S. Expeditionary Force sent to Europe to fight on behalf of the United States and our Allies. I do not want him, or any veteran fighting on behalf of our Country to be forgotten.