Plan on It: Memorial Day Observance at the Natatorium

Where will you be on Sunday of Memorial Day Weekend? You’ll be right here, living as a citizen of a free and independent country, with the right to vote and the right to spend the day as you please. 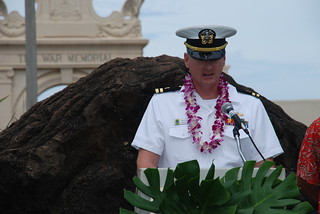 Where should you be that day? You should be here. You should be remembering, honoring and thanking the men and women who have died in America’s wars to establish, protect and preserve those rights.

Memorial Day at the Natatorium

You are cordially invited to the 27th annual Memorial Day observance at the Waikiki War Memorial Natatorium. It’s at 10 a.m. on Sunday, May 24. (That’s Sunday, the day before the Monday holiday.)

Why do return year after year for this solemn, poignant, but also joyous and beautiful ceremony? 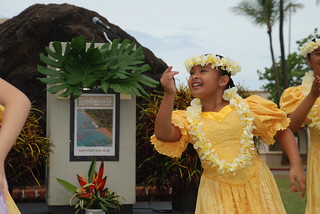 We come on that day because, from the American Revolution down to Iraq and Afghanistan, an estimated 1.3 million American men and women have died for their country – and for us.

We come to that place because it is the official state memorial to 101 from Hawaii who died in World War I, and to more than 10,000 from the then-territory who volunteered for service in that conflict.

The keynote speaker this year will be Rep. Tulsi Gabbard, D-Hawaii. The 2nd District congresswoman is also a captain in the Hawai’i National Guard’s 29th Brigade Combat Team and a veteran of two combat deployments. She is one of the first two woman combat veterans to serve in Congress. 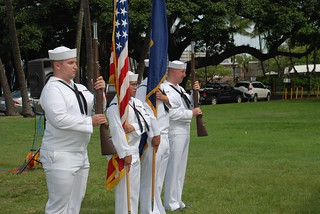 Also speaking will be Betsy Merritt, Washington-based deputy general counsel and director of legal advocacy at the National Trust for Historic Preservation. The trust has listed the Waikiki War Memorial Natatorium as a National Treasure; Merritt has visited Honolulu several times to work with us for preservation and reopening of the Natatorium.

The program also includes the military ceremonies, evocative hula performances, floral presentations and other elements that are traditions at the Natatorium Memorial Day observance. 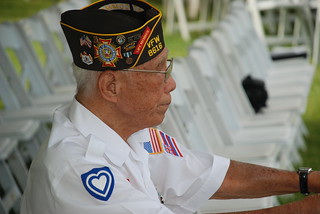 We will be joined by scores of veterans, many of them from among our friends at Veterans of Foreign Wars Post 8616 and American Legion Post 17. You and your children can thank them in person for the sacrifices they and their fallen comrades have made on our behalf.

Lock it in right now 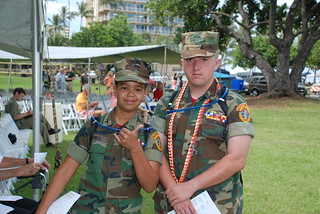 Open up your appointment book or calendar this minute. Block off 10 a.m. on Sunday, May 24 – Sunday of Memorial Day weekend – for the 27th annual Memorial Day observance at the Natatorium, 2815 Kalakaua Ave., Honolulu.

We’ll see you there! Mahalo. And Imua i ka Ho’omana’o.

The Natatorium is a Hawai’i treasure.