There are many reasons to join us at 10 a.m. on Sunday, May 25, 2014 for the Memorial Day observance at the Natatorium. 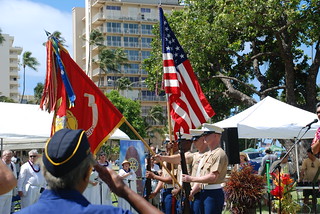 Of course, there are always very good reasons to observe Memorial Day. In fact, there are about 1.3 million of them. That’s an estimate of the number of American men and women who have served and died in our nation’s armed conflicts.

It is their memory that brings us to the Natatorium each May on the Sunday before the Memorial Day holiday. Their memory, and the obligation that we feel – the privilege we have – to honor their service and sacrifice.

This year marks the 100th anniversary of the outbreak of World War I. And the War Memorial Natatorium is, of course, Hawai’i’s official memorial to the more than 10,000 from our islands who served – and more than 100 who died – in that harrowing, grueling conflict. That, if nothing else, makes a visit to the Natatorium this Memorial Day weekend especially appropriate.

We will hear remarks on May 25 from fellow citizens particularly well-suited to the occasion. They can speak to the sacrifices of our nation’s military men and women over nearly 240 years. They can speak authoritatively, as well, to the importance of community memory: our duty as a society never to forget those who unselfish deaths we honor at times like Memorial Day and places like the Natatorium.

Speakers at the Natatorium Memorial Day 2014

An 11th-hour addition to our lineup of speakers: We’re now honored to have Sen. Brian Schatz joining us. Mahalo, Senator, for changing your schedule to enable you to be with us! 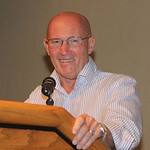 Retired Marine Corps colonel Gene Castagnetti was awarded the Silver Star for valor in Vietnam. He also presided for 24 years over dignified, meaningful memorials for the fallen as director at Punchbowl, the National Memorial Cemetery of the Pacific.

In that role, from which he retired last year, he hosted U.S. presidents and heads of state and government from other nations. Colonel Castagnetti has worked hard to make Punchbowl a place for all Americans to reflect on the human cost of war.

Brian R. Turner is a senior field officer and attorney for the National Trust for Historic Preservation, which works to save America’s most significant buildings, structures and locations. He is based in NTHP’s San Francisco office.

The Trust in 1995 named the War Memorial Natatorium to its list of 11 most endangered historic places. And now, the Trust has gone a step further, designating the Natatorium as one of America’s National Treasures.

There will be plenty of other reasons to join us, too. But these ought to be enough for now! So get out your calendar this minute and block off 10 a.m. on Sunday, May 25 – Sunday of Memorial Day weekend – for the 26th annual Memorial Day observance at the Natatorium. We’ll see you there!