The Natatorium Needs You. Submit an Official EIS Comment.

The clock is ticking! If we’re going to save the Waikiki War Memorial Natatorium, we need your help shape the draft of the environmental impact statement. Make sure your voice is heard before the Aug. 22 deadline for public comment. 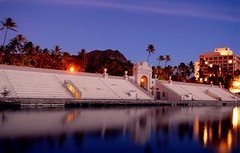 As of this moment, the city, incredibly, is still proposing what it calls its “preferred action:” demolition of the Natatorium and construction of an artificial beach in its place.

You read that correctly: Rather than renovating and reopening Hawaii’s official World War I memorial, the City and County of Honolulu proposes to demolish it. Just tear it down. Raze a pre-statehood, 87-year-old tribute to Hawaii’s 10,000 World War I heroes and heroines. Bulldoze a place where dozens of Hawaii’s own Olympic medalists swam, where Hawaii’s keiki learned to swim and where families gathered for generations.

Worse yet: The City and County proposal to knock down this shrine comes during the four-year observance of the centenary of World War I. Really?

The EIS preparation notice grossly misstates the facts about the “preservation alternative.” It falsely claims that reopening the Natatorium would require an incredibly expensive “closed pool” design, rather than an affordable, re-engineered, open, ocean-fed tidal design.

In short, the City and County has stacked the deck. It has rigged this process against renovation and reopening.

What You Can Do

You are welcome to write your own letter. But, to make it easier, we are also offering you a template. You can fill it out. You can add to it. You can edit in or out anything you wish so that the final letter represents your position on the Natatorium.

When you’ve finished your letter, print out three copies and (well before that Aug. 22 deadline) mail one each to:

Remember: Your letters must be received by Aug. 22!

Let’s do this! MAHALO! 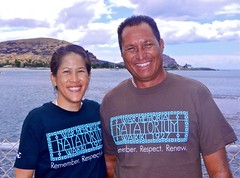 What Else Can You Do?

The Natatorium needs to be brought to its original condition. No if, ands, or buts about it.